Connecting Windows 2012 to an iSCSI Target 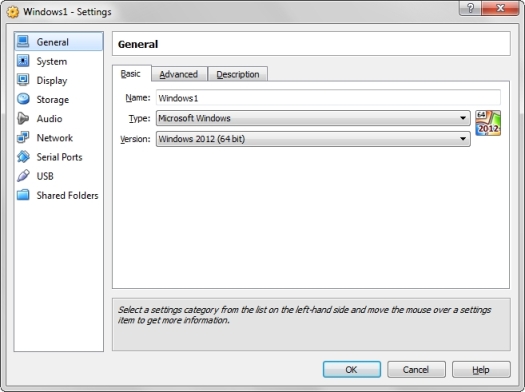 VirtualBox is constantly being updated by Oracle in order to stay up to date with the continuously developing Linux world. One effect of this is that VirtualBox is perfectly capable of running Windows Server 2012 guest systems.

There is one issue with using iSCSI on Windows 2012 in a VirtualBox environment that took me a bit of trial and error to solve.

In order for the iSCSI initiator in the Windows guest to make and maintain a stable and robust connection to an iSCSI target it is necessary to put the VirtualBox network adaptor into promiscuous mode for communications between VMs (as both the Windows and Openfiler servers are running as VMs). 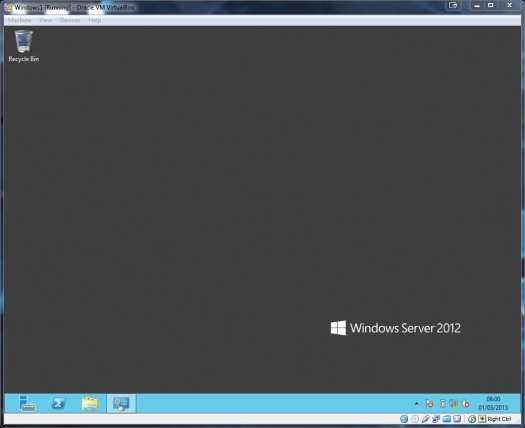 The Windows Server 2012 installation is very straightforward, though once installed it can take a little while to get your bearings with the new interface layout. 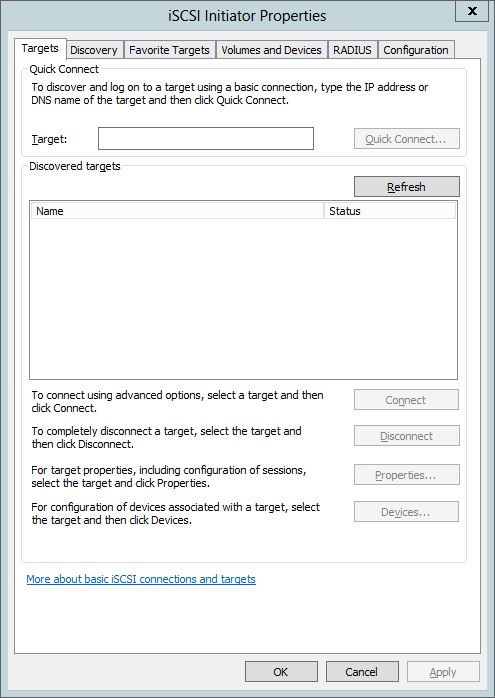 The Windows 2012 iSCSI initiator can be accessed via Control Panel or through Administrative Tools. 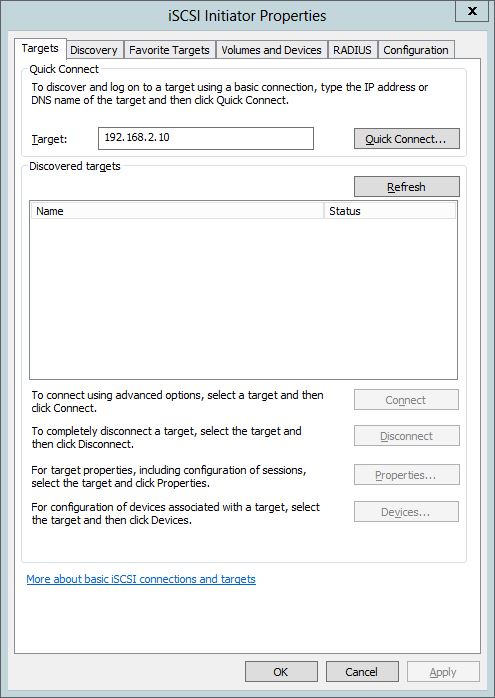 Connecting the iSCSI initiator to the available iSCSI target(s) is very simple. Enter the IP address or host name of the Openfiler server into the Target field and click Quick Connect…

With the connection to the target in place, the Discovered Targets window is automatically populated.

Under the Discovery tab the Openfiler server (along with any other iSCSI target providers you configure) is listed. You can allow the Windows host to access to more iSCSI targets in Openfiler and the amount of connection configuration on the initiator is minimised as it is already looking for targets on that system.

The Favorite Targets list has also been populated with the target that has been configured. This is important as Windows will reconnect to its favorite targets whenever the server boots up.

Once Windows is connected to an iSCSI target, the storage space needs to be formatted for use. iSCSI targets are treated the same as regular drives in that they are administered (from a storage point of view) via Server Manager.

Under Disks select the entry for the iSCSI target (identified by “iSCSI” under Bus Type). Click the link in the bottom left hand pane to start the New Volume Wizard.

The process for creating a volume on the iSCSI target is the same as for a regular hard drive.

Like most Windows wizards, the New Volume Wizard is about selecting the right thing and clicking Next.

You can choose to create several volumes out of the space provided by the iSCSI target. For simplicity I created one volume using all of the available space on the target. 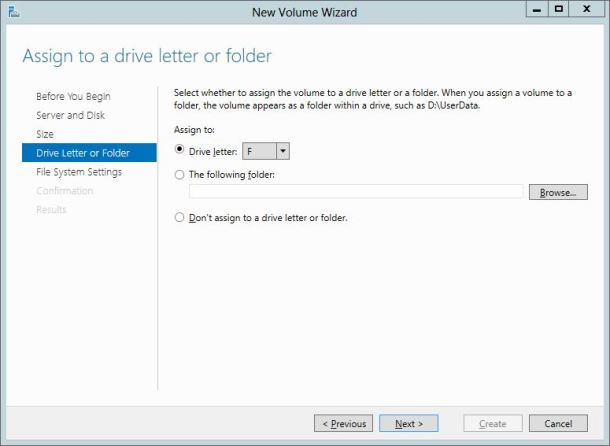 The iSCSI target can be presented in Windows like any drive and as such can be assigned a drive letter or mounted to a folder.

The iSCSI “drive” needs to be formatted for use with Windows and the most obvious choice of file system is NTFS. In my test system I gave the new drive the label SAN_VOLUME just to make it easy to spot in a crowd.

The summary screen allows you to review your choices and go back to make changes should you wish to do so.

With everything complete and error free all that’s left to do is to close the wizard and start using the freshly prepared storage space!

In the Computer window the new F: drive can be found ready for use.

Here’s a simple text document test to show the iSCSI target works just like any other storage medium under Windows.

Openfiler is a very powerful system for making shared storage easy to use without the need for heavy investment in specialised hardware. The fact that Openfiler requires so little in terms of resources like memory or CPU to run itself makes it an ideal OS for breathing new life and giving new  purpose to older systems. There are some minor drawbacks, like having to pay €40 to get the administrator’s guide, and the fact that there hasn’t been an update for the system in a few years would certainly give me pause before I considered deploying Openfiler to a production environment. There are alternatives to Openfiler out now so maybe one of them would be a better fit for a critical system, but as a proof of the concept of the OS driven storage system, Openfiler has paved the way for making shared storage more accessible and has certainly progressed the inevitable convergence of all the disparate storage related protocols and technologies.