My current contract has come to an end and I am facing into a new role starting on Monday. So, my next assignment beckons but, as House of Pain famously asked, “How d’ya know where ya’re goin if ya don’t look back?” So, with the last contract just over, and in the best traditions of PRINCE 2, what were the lessons learned from the past seven months? 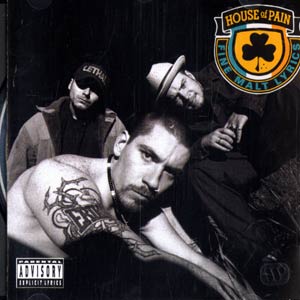 My previous employer is operating in very difficult circumstances, their industry is second only to construction in terms of how badly impacted they are by the current economic climate and this has led to a severe downsizing of operations which has in turn created a series of problems. This round of redundancies is really only the latest installment in a protracted series of measures that have seen this particular company go from once employing nearly five hundred people to now having a little over thirty direct employees and a handful of contractors.

During my time there I often wondered what could be done to improve matters. I thought very seriously about this question and wrote up and presented two of my ideas to upper management, one concerning the exploitation of a new channel to market and the other dealing with changing the way sales reps made deals with customers and processed product pricing changes in real time. The first of these ideas met with interest but is unlikely to be developed with the market and the company in their current states. The second idea is being implemented as part of a small group of systems changes that, all going well, will be introduced over the coming months. All going well.

Now that my contract is over I can spend a little time looking at the overall state of the company and ponder what technology could do to help improve the businesses operations. In a nutshell, how can IT save a business?

The first issue that I would recommend they deal with is the overly complex systems they currently have in place. The systems my previous employer are using were originally implemented for a much larger business that was primarily focused on manufacturing. A good example of such a system is the Business Intelligence tool Crystal Enterprise – 30 employees is not enough people to justify having a complete installation of Crystal Enterprise as there simply isn’t anyone on staff to manage it and the conflicting ideas about reports development from around the business mean that two people can often have two wildly different notions about what’s going on. The root of this problem lies in the fact that there is no comprehensive set of reports that should be in common use. A survey of all the interested parties could lead to the development of maybe twenty or thirty reports that could form the cornerstone of the Business Intelligence requirements for the entire organisation, a set for Finance, a set for Sales, and so on. Without taking a more generic approach to reporting, the business would need to dedicate a resource to managing the reporting, a highly unlikely eventuality.

With sales dwindling the need to actively manage the sales process becomes increasingly urgent and here a simple, effective Customer Relationship Management (CRM) system would come in useful. In fact, when my contract began the absence of a CRM, considering the nature of the customer base and the obvious possibilities for up-selling and the use of promotional campaigns, was a real surprise.

Across the organisation there was, and is, a deep need for a significant Business Process Re-engineering project. The old ways for doing things are not working but the people in the business are too close and too “busy” to re-work their processes. In all projects like this a fresh perspective would be best and it was because of this that I was able to develop the new method for processing pricing deals for individual customers. This simple idea would remove about forty man-hours a week from routine processes and in cash terms save the equivalent of one mid-level employees salary as well as making it easier for sales reps in the field to do their jobs and deliver customer orders in a more timely manner. It’s likely that after a full review of all processes the implementation of a work-flow application – something like Lotus Notes or, more likely, Sharepoint – would make several business processes easier to manage, particularly where management approvals (for example raising purchase orders, or granting systems access to a new employee) are essential.

The business is smaller than it was but the processes are still bureaucratic in nature and meant to be operated by more people, with risk management controls in place between those people, controls that added a layer of security in the past but now act as a severe barrier to routine tasks. Understandably, as the business suffers in the current marketplace there is a great deal of Fear, Uncertainty, and Doubt (FUD) about the place, and unfortunately this is having an effect on management decision making. Non-technology issues, like channel development, are going to sit on the back burner until managers work their way out of the grip of FUD they are in – they have become risk-averse due to the dangers of their operating environment coupled with the heavy risk management procedures they got used to working with over the years. Basically, management need to take the risks necessary to make their business successful once more and accept that simply operating the business is a huge risk.

Management need to deal with internal communication issues, Leaders need to lead (if they can) or be replaced. Big decisions need to be made and communicated to employees, who are terrified about the future and all desperately trying to decide if they should jump ship or stick around for a redundancy cheque. The use of short-term continuations of temporary contracts only adds to the fears of all employees as they only make everyone ask what happens after those contracts expire, and why was that date chosen for the end of the contract? If management are only operating on short-term goals then they are not laying any groundwork for the future so there will be no pay-off down the road.

There are always lessons to be learned from every organisation, in this case I learned a tremendous amount about how ERP systems operate on a daily basis and the pitfalls of ERP and other business systems. Of course, working in a business that is suffering in tough economic times can feel like graduating from the school of hard knocks, but in an odd way I’m glad I’ve had the chance to experience it. I’ve seen the best and worst in people and have been very impressed with the capability to deal with adversity that has been displayed. To those who took redundancy I wish them well, and to those who plan to develop their own businesses I tip my hat to their entrepreneurial spirit and ability to make lemonade from lemons.

To all leaders everywhere, I can only stress the need for clear and open communication as it is the magic bullet that helps kill Fear, Uncertainty, and Doubt.